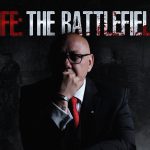 Jason has an extensive career in dealing with difficult clients, both in the military as a RAAF Police and later within Air Force Security. He has served in both permanent and reserve postings. In his first year, Jason received a commendation from the Commanding Officer of his base for successfully disarming a civilian armed with a butchers knife.After leaving the RAAF, Jason has held a variety of State Government roles.

For over 25 years he has worked Investigations, compliance, complaint handling, training and management roles.

During this time he led a group of investigators who were triumphant in prosecuting a company for multiple high level fatigue driving breaches. His team was recognised with an Australia Day award for their tireless efforts.Jason currently holds the rank of Sergeant within the RAAF Reserves and has over 16 years’ experience in the military security sector.

He now delivers operational safety training (OST) to existing and new RAAF members in the Security Squadrons. In 2010, Jason started to practiced Krav Maga Self Defence, first as a student, then becoming an instructor in the tactical fighting systems.

One of his passions was specialising in women’s safety training. Age has not stopped him, where recently he started to train in Kinetic Fighting Integrated Combat system.

For over 5 years Jason managed one of the busiest Client Complaint Intake Teams in the Department of Justice and Attorney General, handling approximately 16,000 complaints and 2,000 investigations per year. It was during this time he discovered the importance of communication skills on the phone.In 2019 Jason started to deliver Tactical Communications to front line staff bringing a mix of real life and structured learning experiences to participants across Australia.Jason has just one mission “to bring you home safely”, by teaching the power of situational de-escalation in combination with workplace tactical communication practices.

Jason wanted to deliver Tactical Communications to front line staff because he realised, that after 25 years of doing difficult roles, he had never been in a training course on how to communicate effectively.

It’s a massive floor for staff in those kind of roles.

Welcome to the breakthrough “LIFE: THE BATTLEFIELD” radio show and podcast series. Presented by the Managing Director of Insight Intelligence Group, ex-military and diplomatic security-intelligence services specialist and now best-selling author, MARIO BEKES Ambassador and Activist for Humanity. Everything in this radio show and podcast is drawn from Mario’s firsthand experiences. From his vulnerable childhood to his 1800 consecutive days as a combatant in the brutal Croatian civil war culminating in the forging of a new life and business in Australia. These podcasts deliver a stimulating, original, and new perspective coupled with insights, tactics, tools, and routines that you can use to live more effectively as your best self in this challenging world. Ultimately, “LIFE: THE BATTLEFIELD” talks about the most important concerns we all have. How to have hope, to cope, how to survive and thrive in 2022 and beyond. And invites you to join the conversation.

26.04.2022 – Special guests singer/songwriter Lark and Vicki Miller from Shake It Up Australia Foundation